WikiClub as a non-formal educational centre in rural communities 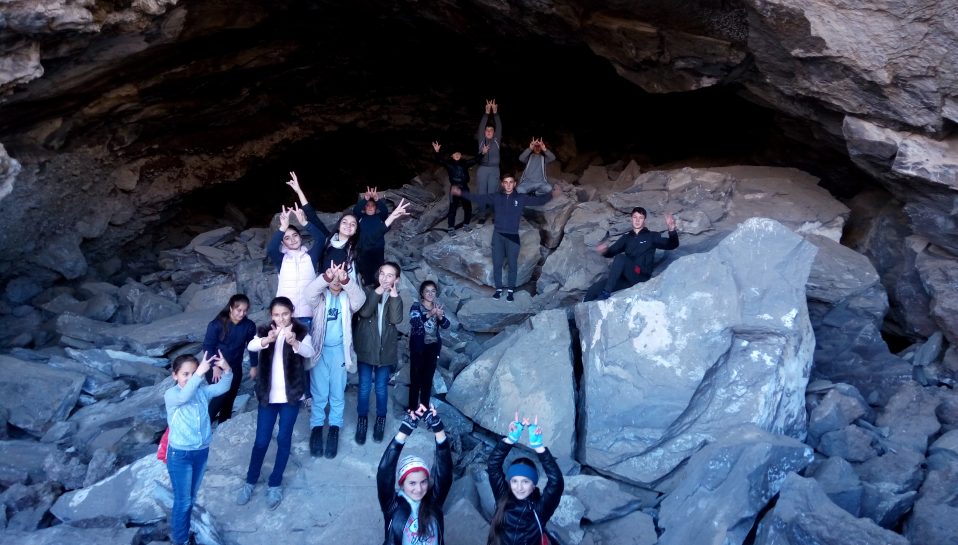 The WikiClub in Karvachar in The Republic of Artsakh was opened in May 2017. It’s one of the three WikiClubs in Artsakh (the other two are in Stepanakert and Togh). There are 83 participants in the club, from which 30-35 attend the club actively every month. Most of the editors are 9-16 years old schoolchildren from the secondary school in Karvachar. In the past year, the club members created 530 articles in Armenian Wikipedia. Besides working in Wikipedia, Wikisource and Wiktionary, which enhances their literacy, helps more clearly formulate thoughts and develops the ability to translate texts into Armenian from foreign languages (mainly from Russian), the WikiClub is also a destination for self development, communication skills development, sharing knowledge with friends and useful leasure for the schoolchildren in Karvachar. All of these activities are supported by a series of events organized in the WikiClub in Karvachar.

This month the meeting titled “Meeting with Art” in the WikiClub was dedicated to Armenian writer Vardges Petrosyan. Svetlana Nalakyan, who presented the speech, mentioned that after reading some of the writers works she wanted to tell and advise her friends to read them as well, because Vardges Petrosyan’s works are mainly for schoolchildren. The previous series of such events were dedicated to actress Siranush, composer Komitas, writers Yeghishe Charents and Paruyr Sevak.

Some of the favorite activities of the editors visiting the WikiClub are intellectual and logic games, such as “In other words”, “Brainy”, ”Art”:

“Unfortunately we don’t have enough time to play, as we are mostly editing when in the club. Only one day in a month we spend playing, which is so pleasant. We relax, communicate with each other and also get knowledge. Due to the game “Art” recently I got acquainted with the works of painter Ashot Hovhannisyan, which I liked a lot. In near future I will read and tell my friends about his works”, says one of the young editors of the club Liana Mkrtchyan. 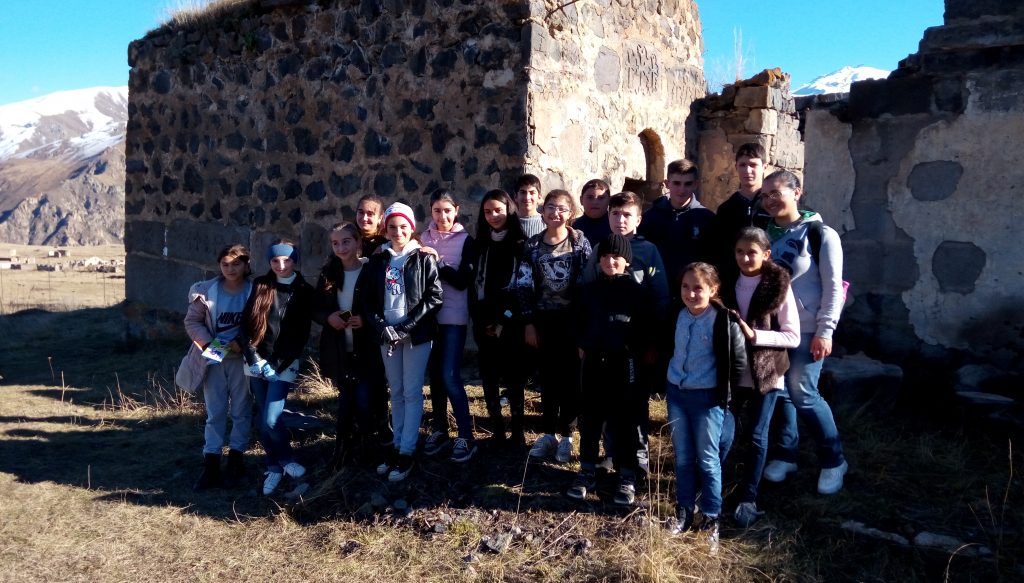 Karvachar WikiClub members in the cave of Tsar

As Karvachar and generally the Shahumyan province needs to be presented more widely on the internet, the club members do not miss the opportunity to take pictures of the attractions in their hometown and upload them into the Wikimedia Commons. The club members have visited Zar, rich village in the province, have taken pictures of the local churches and have uploaded them into the Wikimedia Commons for free use.

Especially in rural communities schoolchildren and their parents are worried that their right to receive quality education is not fully implemented. Today, besides schools non-formal educational projects are very common in the world. The presence of well known institution, such as Wikimedia Armenia in Artsakh once again shows, that every child has the right to receive quality education regardless of his/her place of residence.

Working in the Wikimedia projects the teens living in Karvachar understand and feel that they are a part of a huge process in the world. The best editors have the opportunity to take part in WikiCamps, which are often international. Here the school children from Karvachar meet their peers from different countries, communicate with them, share their experience and knowledge and they do not feel isolated. Editing in Wikimedia projects also brings recognition. As Wikipedia is famous all over the world, has editors from different corners of the world, when our club members meet editors from other countries, they will have something in common. It may be difficult to explain where Karvachar is, but they can proudly say they are part of the global movement.

Your ticket for the: WikiClub as a non-formal educational centre in rural communities

WikiClub as a non-formal educational centre in rural communities