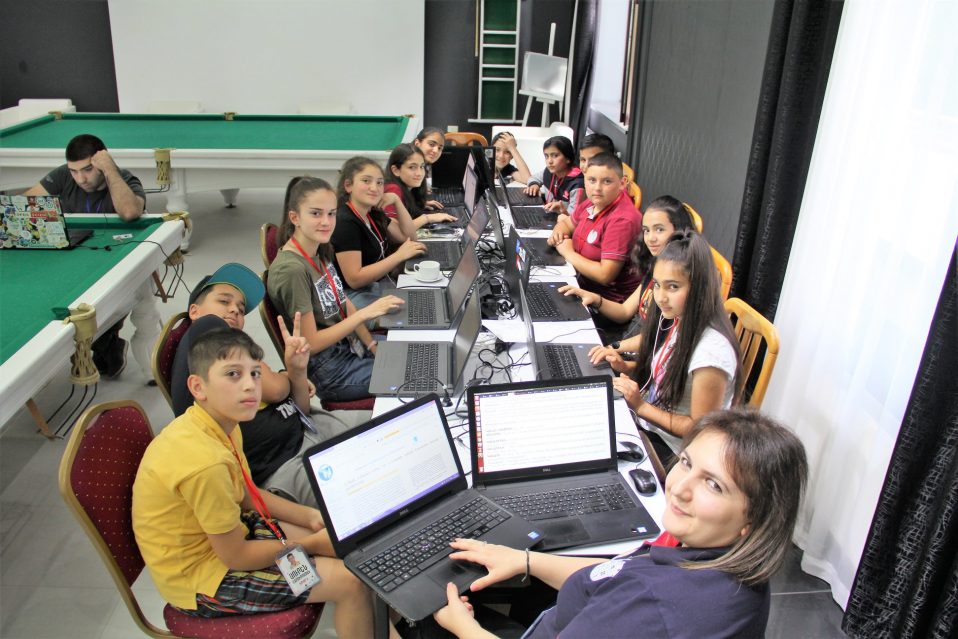 Active editors of the Karvajar WikiClub have been participating in the most interesting summer wiki event – WikiCamp for the last 3 years. In this article, they tell us about their impressions, new acquaintances and the knowledge they have got.

A 13 year old Elen Gevorgyan, has already been participating in the Summer WikiCamp for the third time.

“When I first heard about WikiCamp, I didn’t know what it would be like, but I liked it from the very first minutes”, Ellen shares her impressions about the WikiCamp. The young editor thinks, that during the camp she and her friends get the opportunity to gain knowledge and share it with others.

“Free communication with other WikiClub members, with the children from various cities, villages, and even foreign countries, with different Wikiteam members and Group leaders is also important. Even newcomers who do not know Armenian letters learn to edit with the Armenian keyboard here.”

A 14 year old Lena Ghazaryan, another young editor from the same WikiClub, has been a participant of wikiCamps since last year. She also highlighted the opportunity of receiving and sharing knowledge during the WikiCamp.

“Most of us learn working with some editing tools right here at the WikiCamp. And many children learn editing here. It’s great to see how many of your friends who can’t work with the Armenian keyboard master it a few days later”, says Lena and adds, that there were children in their group who didn’t know Armenian letters, and returned home from WikiCamp fully having mastered the Armenian keyboard. 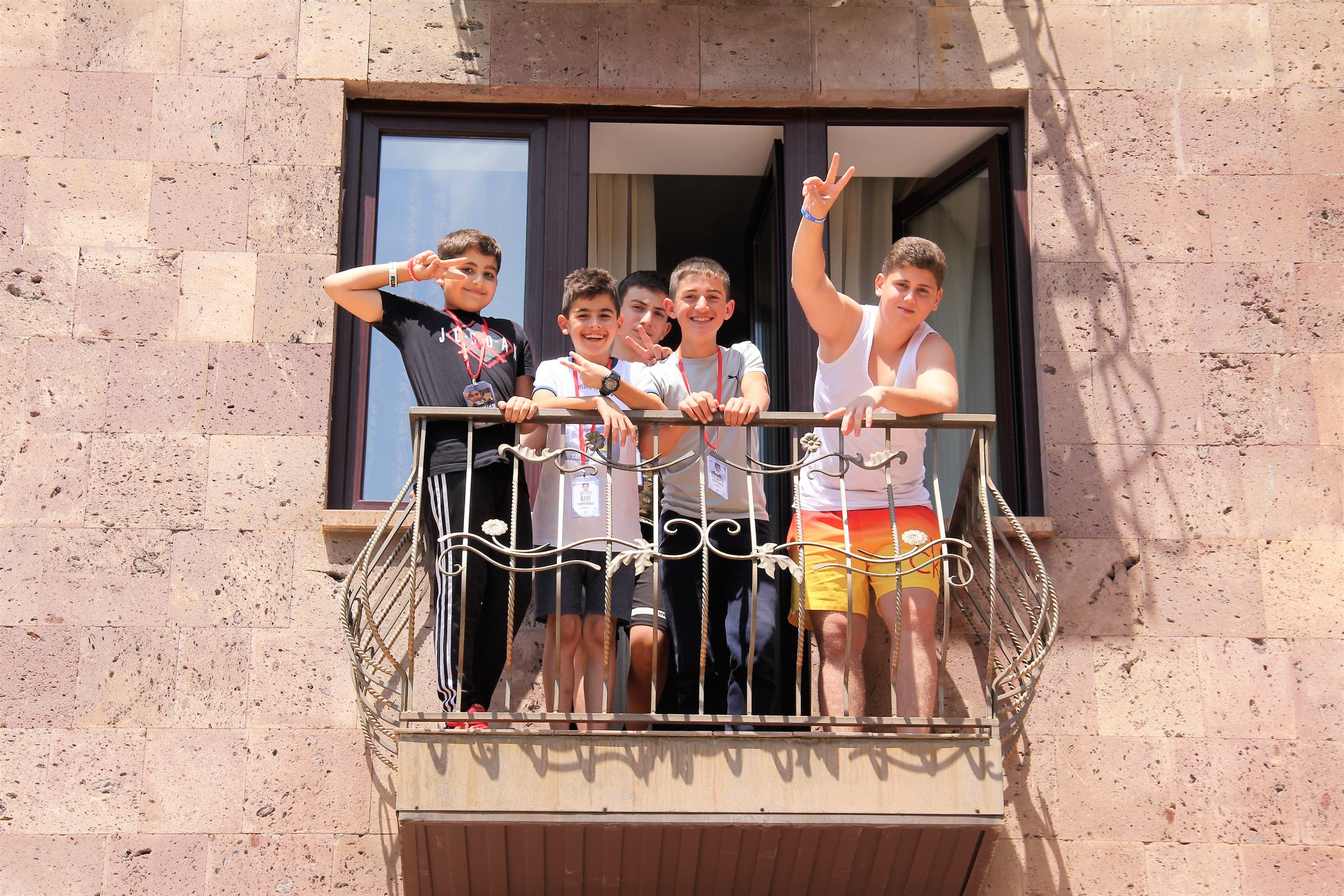 The participants of the Summer First WikiCamp during their leisure time, photo by Ashkhen Muradyan, CC BY-SA 4.0

Marietta Vardanyan, 13-year-old editor of the Karvajar WikiClub, participated in the WikiCamp for the first time this year: “I learned a lot at the WikiCamp. I learned how to work with some new computer tools,” says Marietta.

When sharing their impressions on WikiCamps, children emphasize learning through games and several important meetings that have also become a source of knowledge for them.

“During this first Summer WikiCamp we met with representatives of the Hovhannes Toumanian Museum. They told us about Tumanyan. And we tested our knowledge with a quiz game dedicated to the life and works of Hovhannes Tumanyan. At the end of the meeting we also played some developing plays created by Tumanyan.” says Lena.

“During WikiCamps we get a lot of knowledge through games. Every year, guests from different places visit us at WikiCamps. We had different guests this year as well. The days in WikiCamp went fast and were full of fun,” said Liana Ghazaryan (age 13). 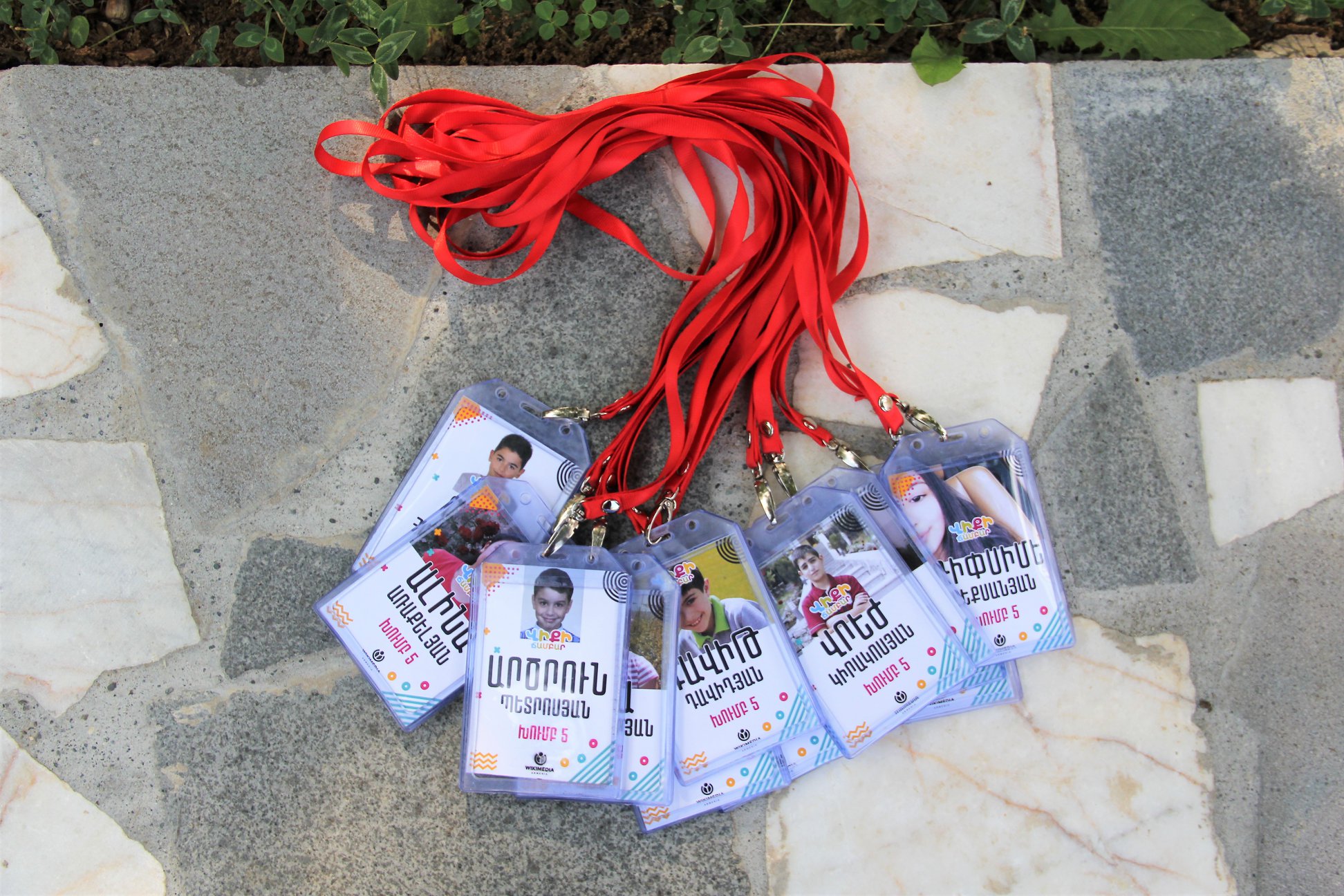 “I really liked the event organized by the Ministry of Emergency Situations of the Republic of Armenia, during which I learned what to do in an earthquake, fire and flood. The videos they showed were very interesting․ I want to find them and show to my little brother, too”,- says Marietta.

“We spend such wonderful days in WikiCamps that noone wants to return home. I learned a lot during the WikiCamp and I know for sure it will serve me a lot for many years to come”,- says Ellen.

Your ticket for the: We spend such wonderful days in WikiCamps that noone wants to return home