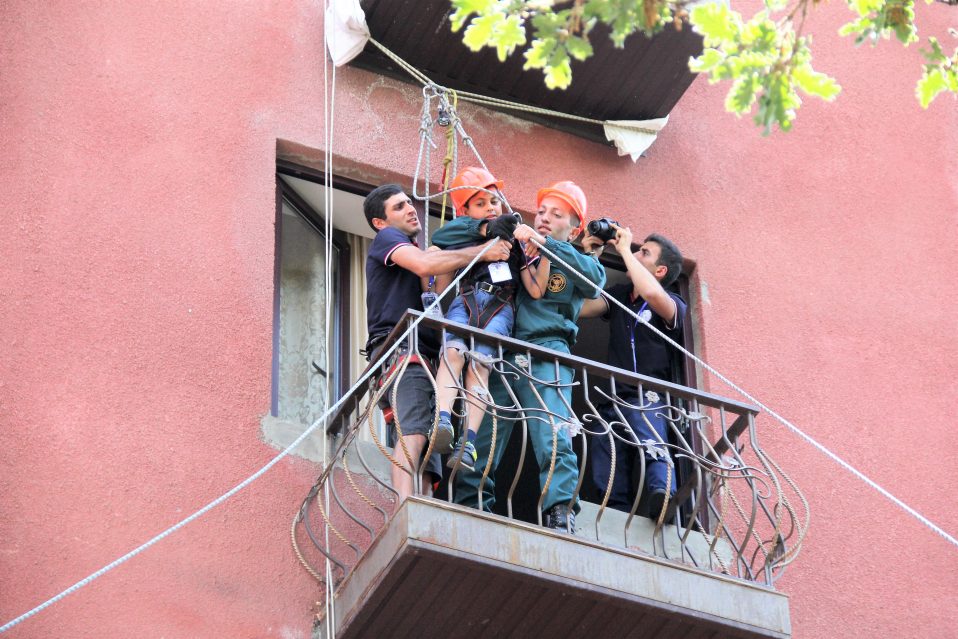 The learning and editing process in Wikimedia projects were organized with the help of 12 experienced wikieditors (Wikiteam). The participants were editing in 3 Wikimedia projects – Armenian Wiktionary, Wikisource and Wikipedia. The Wikiteam was also responsible for quality checking of the content written during the camp. The organization team used a new method for the newbies’ teaching process. The experienced editor students of each group who expressed willingness to share their knowledge with their groupmates, taught the editing tools and rules to their fellow friends. The usage of this method made the teaching and learning process more smoothly and effective as it is always more comprehensive when the students of the same age explain the editing tools to each other.

One of the achievements of this camp was Armenian Wiktionary moving 2 lines up in the list of all Wiktionaries – now we are in the 21st place.

Non wiki life of the camp was full of interesting and entertaining events. Besides playing sport and intellectual games the camp hosted Hovhannes Toumanian museum Education program team who represented Armenian writer Hovhannes Toumanian’s life and literary works. After the presentation the guests organized a small quiz during which the campers answered Toumanian related questions. As many of us know Toumanian has also created a number of games for children. The campers were happy to play those games with the help of Toumanian museum staff.

The other memorable event of the camp was the educational-informative event by the Ministry of Emergency Situations of the Republic of Armenia. The Ministry staff organized training-games which were aimed at increasing the level of awareness during emergencies. The small actors of the “911” children’s theatre of the Cultural center of the State Academy of Crisis Management presented the “Disaster” musical-educational performance to the campers. After the presentation the campers watched educational cartoons prepared by the Ministry of Emergency Situations and “Save the Children” organization about earthquake, flood and fire, after which a quiz game was organized. The winners were awarded with certificates. 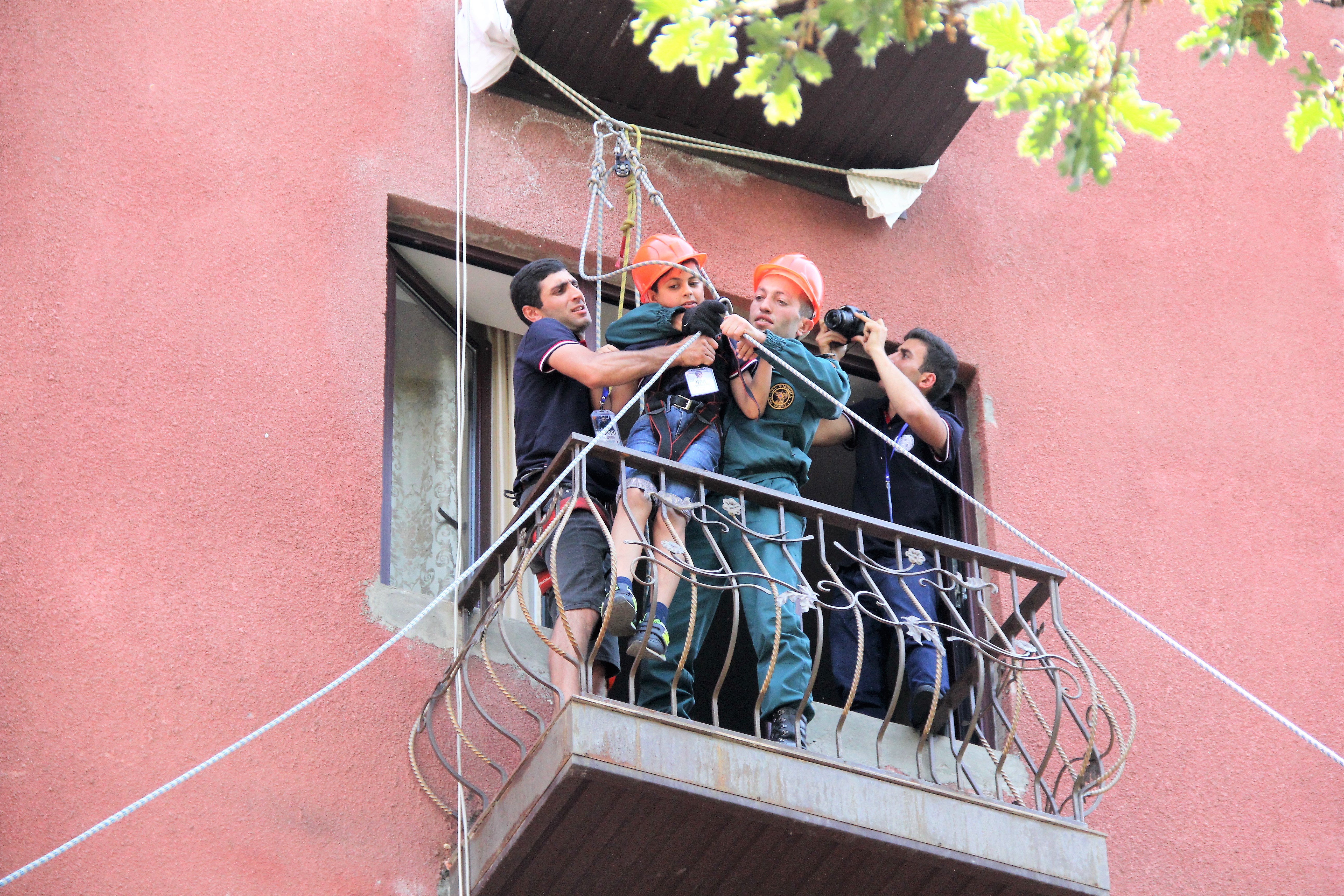 During the evacuation training organized by Ministry of Emergency Situations of Republic Armenia at Summer Wikicamp 2019 (I), Ashkhen Muradyan, CC BY-SA 4.0

An evacuation training was also organized for the campers. Firefighters and rescuers arrived after the alarm was reported and began to work immediately on the area of the rest house evacuating those campers who had not managed to leave the building. The training was conducted under the supervision of major Samvel Davtyan, Commander of the Hrazdan N 44 department of the RA Ministry of Emergency Situations.

At the end of the day, the children were also taught how to provide first aid in different situations.

Your ticket for the: Summer WikiCamp for secondary school students 2019 in Armenia